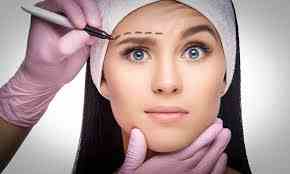 What is a forehead/eyebrow lift?

We always browse facial expressions about our state and feelings, intentionally or unintentionally. The muscles of the face and the skin remain in a constant movement that does not rest throughout the life and in the young years this permanent movement does not leave any traces because the skin is still flexible. But with the passage of time and advancing age, the skin loses a lot of its elasticity and the strength of its bonding, causing the formation of deep wrinkles and transverse wrinkles on the forehead, which leads to sagging eyebrow skin and sagging skin under the eyes. These changes in the face lead to the appearance of features of fatigue, stress or even sadness.

After the forehead lift and eyebrow lift procedure, you will not only feel younger, but also look younger.

Forehead lift surgery aims to get rid of horizontal and vertical forehead wrinkles and raise eyebrows. It is possible to resort to the same process with some modifications when the aim is only to raise the eyebrows to a higher level.

Two methods can be followed to perform a forehead lift:

open process:
In this type, the surgeon may choose to make an incision that passes through the hair from ear to ear (which is called a coronal incision), or a hairline incision. The skin is lifted from the bone and the muscles that cause wrinkles are weakened. The excess skin is then pulled back to be removed before the incision is closed.

or
Endoscopic operation:
It is done by inserting a very small camera under the skin through several small incisions. The sagging layer of fibers attached to the bone is cut and the skin of the forehead is pulled back and fixed in place. This technique is especially suitable for people whose forehead skin shows few or moderate signs of aging. There are also several other simple methods, such as direct excision of the skin or sutures, if the goal is to raise the eyebrows only and the patient has no desire to perform a full lift. This method is suitable for those who have some horizontal wrinkles, where the resulting scars can be hidden. In the technique of sutures, a nylon thread is passed from the head, through four small hidden incisions, and then these threads are tightened to raise the eyebrow to the desired level.

Is a forehead lift suitable for me?

A forehead lift is a patient-recommended procedure that is recommended for healthy individuals who do not have health conditions that could delay recovery or increase the risks of surgery and for individuals with positive vision and realistic specific goals to improve their appearance.

What can I expect after a forehead lift?

When you wake up, your head will be wrapped in a bandage, and you will feel dizzy and sleepy. You may feel some pain, which can usually be tolerated and controlled with analgesics. The pain is expected to go away the day after surgery.

It is also expected that some swelling will appear on your face in the first 24 hours, especially around the eyes and sometimes in the cheeks. But if you sleep during the night after surgery with your head slightly elevated and applying cold compresses, it will help alleviate the problem. As for bruises, it is expected that you will appear, and usually begin to disappear from the seventh day until the tenth day after surgery.

The dressings are usually removed on the second or third day after surgery. And you should avoid exposure to the sun if the incision was made through the hairline, because exposure to it may cause your scar to remain red for a long time.